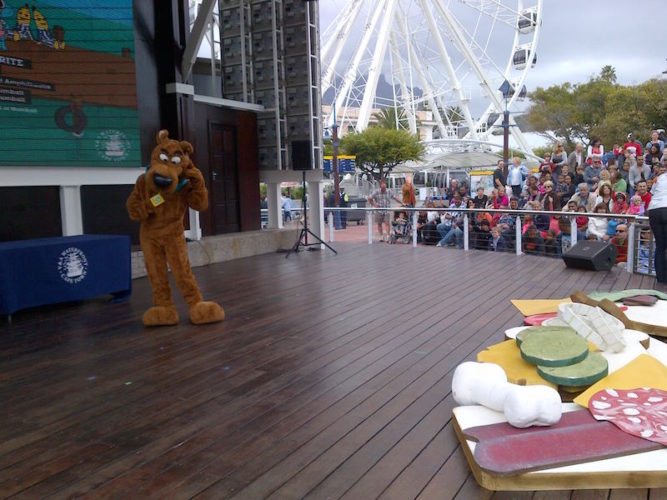 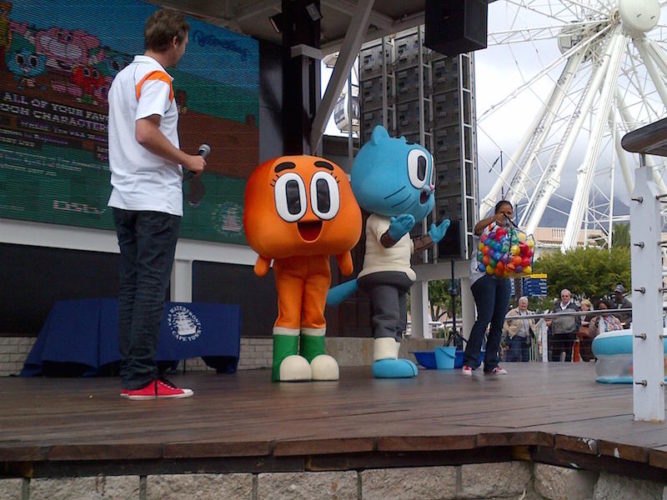 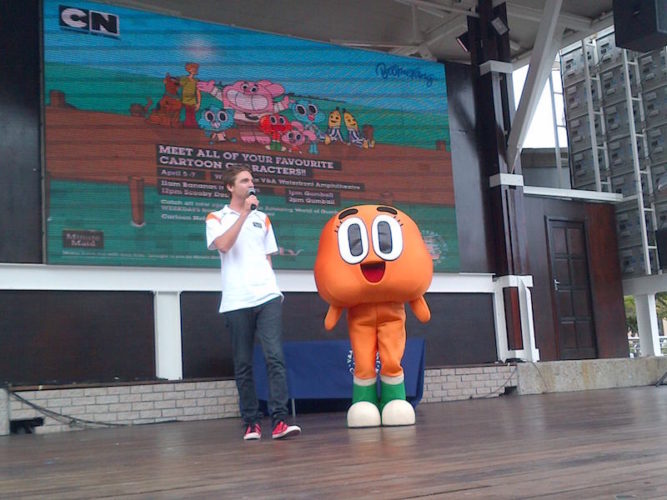 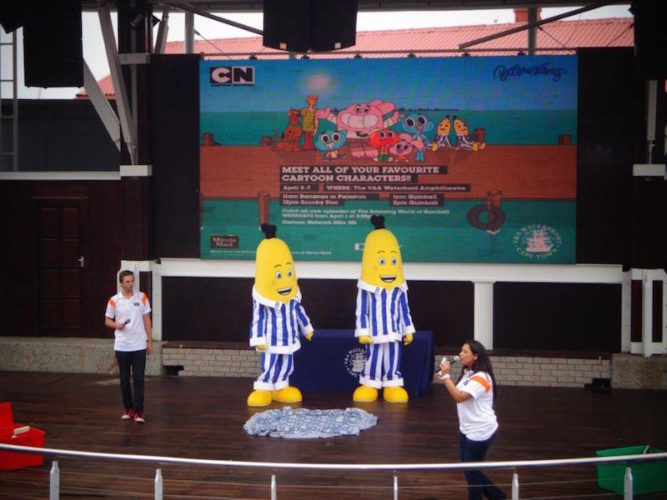 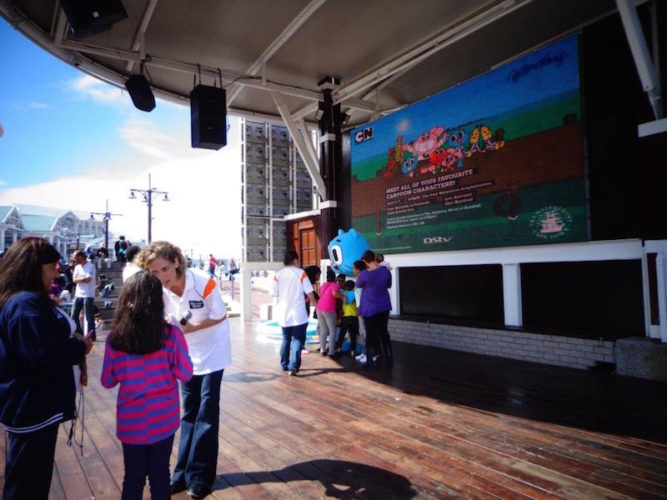 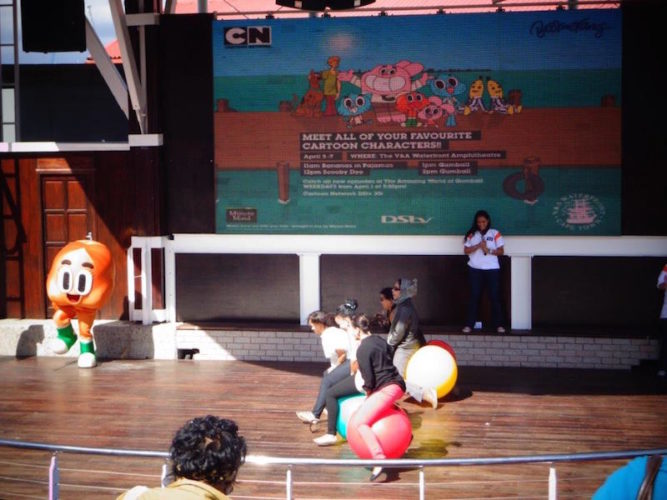 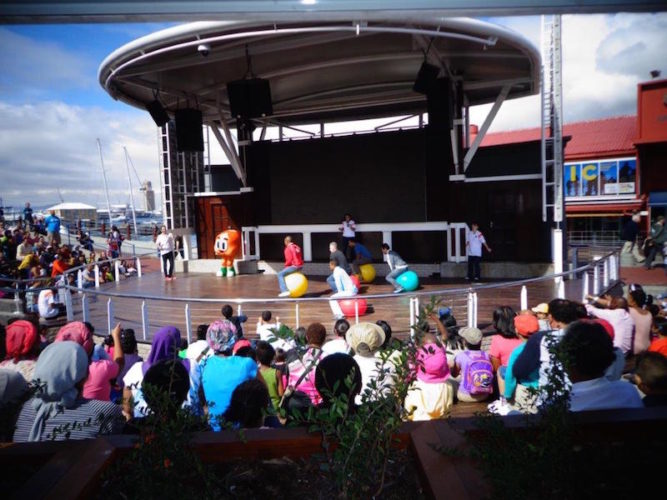 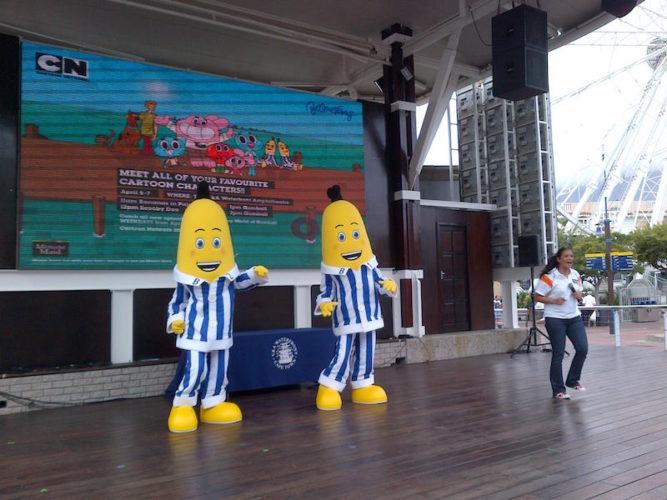 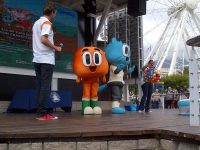 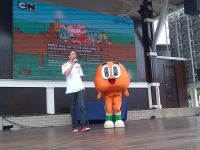 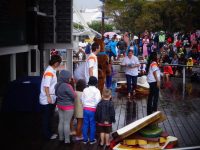 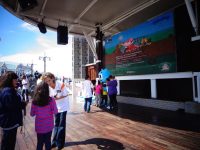 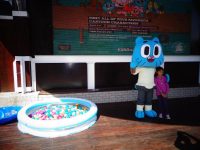 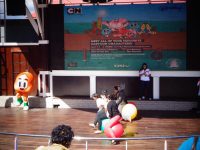 Show Works Creative Entertainment conceptualised, scripted and produced a Cartoon Network and Boomerang show that ran at the V&A Waterfront in the April School holidays. This 4 hour long show featured favourite characters such as the Bananas In Pyjamas, Scooby Doo, and Darwin and Gumball, who interacted with the crowds, played games, sang songs and did meet and greet
sessions on stage with the kids. Despite the rainy weather, the open-air show was PACKED every single day, so we’ll take that as a big compliment!

Well what a great weekend of shows! A really well executed set of shows that proved to be a huge success with a packed amphitheatre all three days – even in the rain on Saturday morning! The formula was simple – engage with the kids and parents, keep it interactive and high energy and ensure lots of time for meet and greets at the end of each segment. From the V&A perspective, I am extremely happy with the outcome as it was very obvious that parents had come specifically for the shows and only a very small percentage of the audience were passers-by who just sat down to watch.

Thank you for the great feedback, the pictures tell a success story. Well done to everyone that made the event possible.